Use of Topical Oxygen Therapy 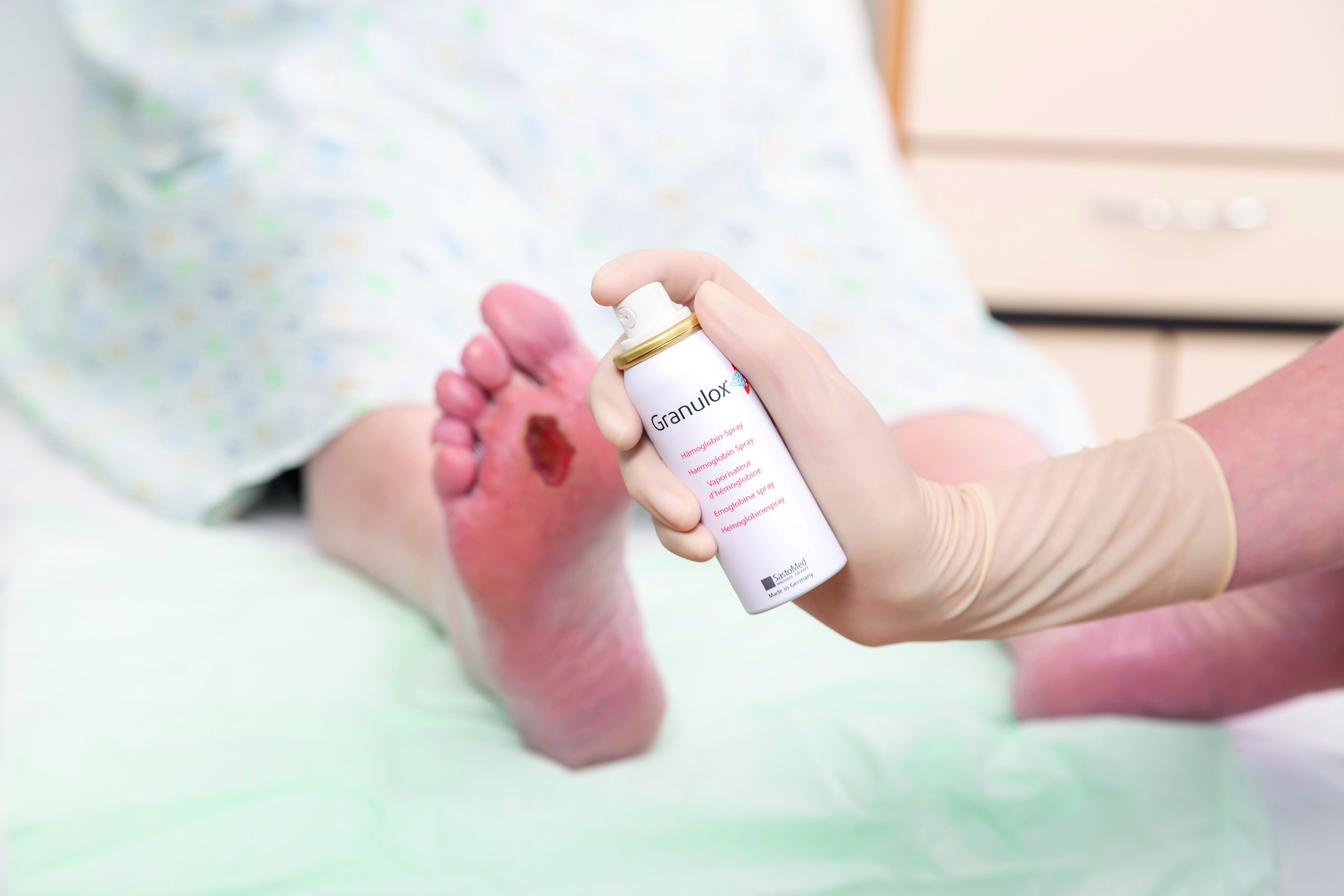 As a podiatrist ,treatment of diabetic foot ulcers can be very challenging—at times critical to saving the life of the patient. Diabetic foot ulcer (DFU) complications are complex and costly. Evidence-based practice and advanced wound care technologies have the potential to maximize good outcomes and prevent ulcer recurrence. Ensuring that patients receive education on diabetes management and DFU prevention is also a vital part of achieving good outcomes.

Over time, people with unmanaged diabetes have increased chances of complications such as neuropathy, peripheral vascular disease (PVD), chronic DFUs, infections, osteomyelitis, amputation, and even death.

Amputation is one of the most serious outcomes of untreated diabetes. When a patient loses a limb, it’s easy for them to lose hope. I believe it is our duty, as professionals, to prevent such traumatic, life altering circumstances, when possible. In this matter, I remember a 39-year-old male patient who was referred to my clinic with a neuropathic wound that didn’t heal over several years, even with the use of different therapeutic approaches and revascularization.

The patient became depressed when he was told he would lose his leg. At his age, for a working man to lose his leg, would certainly be a disaster.

After considerable thought about the best treatment protocols, we knew we had to change our treatment approach. The patient was feeling hopeless, depressed and in a state of denial about the amputation. We knew if we amputated the leg, there would be a definite possibility the other leg would need to be amputated as well. And we were aware the risk of death would also increase.

Fortunately, I was approached by a Mölnlycke representative as they now have an innovative treatment which works by increasing oxygen perfusion into the wound (Granulox), thereby increasing the healing rate. I made contact with the company, received the treatment and started using it on the wound.

After the first two dressings, I was quite amazed at what was happening. The wound began turning red after shedding dead skin for a few months with a lot of debridement in the prior few weeks.

For the first time, in years, the wound began getting smaller and contracting in a healthy way with good granulation tissue apparent.

In two months the wound closed completely in a way I never imagined possible. The result of this improvement was not reflected only at the wound site—it was also reflected in the patient’s state of mind which became quite hopeful. He joyfully expressed that he would resume his normal life. He made arrangements to go back to work and take care of his family. It was a magnificent change of direction, as the focus was now on his family and not on his condition as it had been over the past few years.

This new era in wound care is a success story, that should be told to physicians, podiatrists and diabetic foot specialists. All wound care clinicians, should be made aware of this monumental breakthrough. It can be instrumental in reducing patients’ pain and trauma and help many get their smiles, and their lives, back again.

Cookies help us deliver our services and provide personalized experiences. By using this website, you agree to our use of cookies. You can opt out by clicking on the following link.